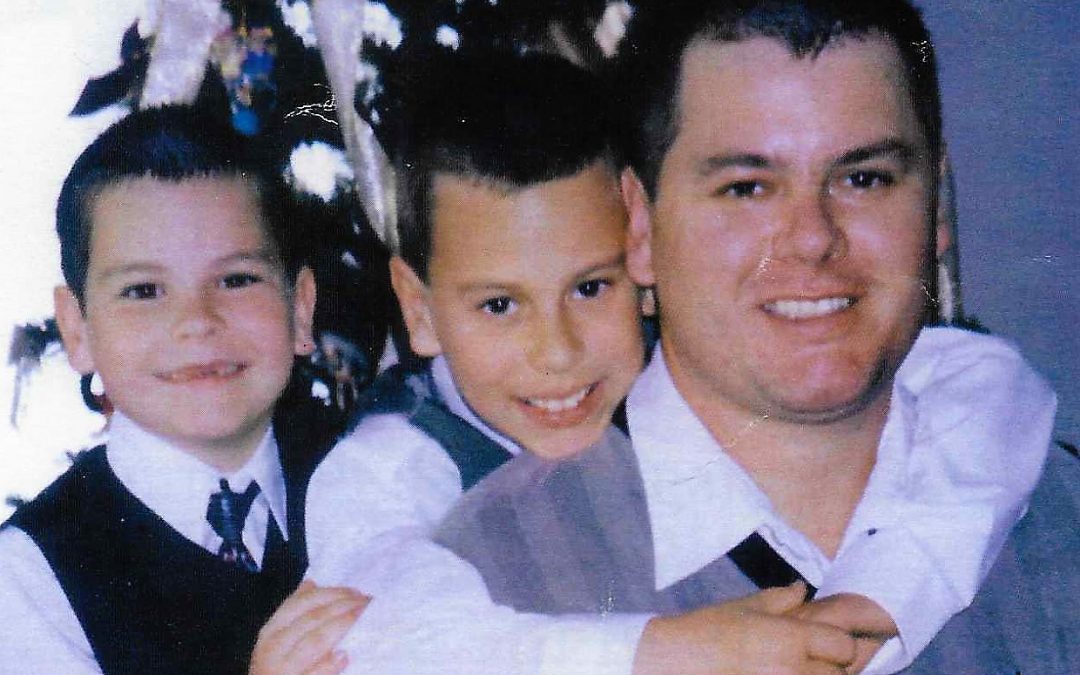 This endowment is being founded by the Roy family in memory of Tye’s brother Travis, an alumnus of SD Mines with an Industrial Engineering degree, who passed away in 2003 after a courageous battle with brain cancer.

“On behalf of the entire Hardrocker Athletic Family and especially the SD Mines golf programs, thank you to Echo Roy Klaproth and the Roy family for their generosity and leadership. In a relatively short amount of time Coach Roy has embraced the forward mentality we are establishing,” Lueken said. “We are so thrilled his family has embraced ours and we are excited for the opportunity they have given us. The Travis Roy Memorial Endowment allows Hardrocker Athletics an opportunity to field competitive NCAA Div. II golf programs and provide an unrivaled educational experience for future generations of Hardrocker scholar-athletes.”

Coach Roy, who is in the middle of his first season at the helm of the Hardrocker men’s golf team is proud to honor his brother’s memory as well as provide a solid foundation for both the SD Mines men’s and women’s golf programs. “My family and I believe establishing this endowment is a great way to honor my brother Travis’ memory by way of providing expanded scholarship opportunities for young male and female golfers at the School of Mines. The phrase ‘It starts at Mines’ was very true in my brother’s life. We hope to enable many other young men and women to have the same experience. The endowment and fundraising campaign has started with a very generous six-figure commitment and we are looking forward to working with all our family, friends, the entire Hardrocker family, and golfers everywhere to reach our $2.5 million goal over the next five years,” said Coach Roy.

Travis Roy was passionate in life and courageous in death. But that isn’t all there is to the story of a young man who believed he had a purpose in life. In not so notable of ways, Travis simply gave all he had to whatever he put his heart to, whether that meant spending time with family, participating in his church, maintaining a friendship, working on his education, competing in a golf game or rodeo, or when hunting. Whatever the commitment, he displayed a passion for life.

From a young age, Travis proved himself a competitive person and participated in many sports prior to high school where he settled into his two favorites — golf and rodeo. He was an all-conference and all-state golfer in high school, but ultimately was granted a full-ride rodeo scholarship for his first college experience.

Golf remained a favorite challenge and he competed as often as possible. After completing his rodeo eligibility, he moved on to SD Mines to finish his education in Industrial Engineering. The move included a new young wife and baby boy by his side so sports were no longer part of the equation.

Travis tackled this new challenge with resolve, determination and an “I can do this” attitude. He joined Theta Tau Engineering Fraternity to be part of the campus community, went to work part-time to support his family, and set his mind to the business at hand of maintaining his GPA and graduating with an engineering degree.

After graduating, Travis settled with his family in Wright, Wyoming, and began working in engineering/safety for a large coal mine. He taught mine safety, participated and helped lead mine safety rescue teams, and was a volunteer fire fighter/EMT in his community.

Travis grew to be a humble, dedicated, sincere, and hard-working young man. At 29, married with two young sons, came brain cancer, and he determined, “this [the cancer] is my purpose.” He believed it so fervently he said it was what gave him strength to survive for four tumultuous years. Meanwhile, he taught lessons about forgiveness, resolve, bravery and modeled how to hold one’s head high when facing adversity.

His death is not the end of the story, however.

Years later, his younger brother Tye and his family were relocated to Rapid City, S.D. That summer Tye applied for the Hardrocker head coaching position and was asked to come in for an interview on July 12 – a day that would have marked his big brother Travis’s 48th birthday.

Tye accepted the position and the realization he would soon be coaching at his brother’s alma mater brought the story back full circle. Tye soon began working alongside young athletes who were primarily seeking a top-notch education, but also enjoyed competitive athletic challenges. Many of the scholar athletes also work part time jobs to supplement their income, despite the well-known rigorous course and homework load of SD Mines. All of this together reminded him very much of his brother Travis’s overall college experience, and thus an idea was born.

“By starting an endowment in Travis’ name, it is our intention, hope and prayer that we can not only honor his memory, but most especially honor his passion for life, for learning and for competition. We hope to encourage young people to persevere and tackle challenges with resolve and determination just as Travis did in life,” the Roy family said. “We hope to provide more opportunities for young men and women to get an excellent education, follow other passions by becoming a scholar athlete, and pursue careers in S.T.E.M. fields: well-rounded individuals who see success in and out of the classroom and then take their passion, resolve, and determination with them into their next endeavor, and do it with purpose.”

“What a wonderful and worthy endeavor – I applaud the Roy family in their mission to honor Travis’ memory by helping young men and women pursue their dreams,” said Hardrock Club Executive Director Kevin Price.

We hope you will join us in this endeavor.  To donate to the Travis Roy Memorial Endowment for Men’s and Women’s Golf, please click here https://hardrockclub.org/GOLF/ or send your contribution directly to the Hardrock Club at 501 E. Saint Joseph Street, Rapid City, SD 57701.